We would like to offer our sincere support to anyone coping with grief. Enter your email below for our complimentary daily grief messages. Messages run for up to one year and you can stop at any time. Your email will not be used for any other purpose.

Share a memory
Obituary & Services
Tribute Wall
Read more about the life story of Donald and share your memory.

Donald Peter Pollock (Donnie), born on June 11, 1933, went to be with the Lord on Thursday, April 1, 2021. A life-long resident of Catawissa, Donnie lived his entire life in the home where he was born, except for the last few years. He was one of 11 children born to Walter and Stella Pollock.
He attended Catawissa schools and served our country in the Army, stationed in Alaska, from April 1953 to March 1955. In 1956, he married Josephine ‘Finny’ Doraski, another life-long resident of Catawissa. Donnie supported his family by farming, working as­­ a sewing factory operator, a mechanic in local garages and on construction crews, until he was offered a position with Penn-DOT, where he retired.
He was well-known for his beautiful ‘truck patch’ in which he spent countless hours growing tomatoes, green beans, onions, red beets and other vegetables. Donnie and Finny spent many hours canning the produce he grew.
He loved nothing more than a party with family and friends and often took over organization of the bridal dance at many weddings, where he could be found doing the polka. A member of our Lady of Mercy church, he loved being involved with the church stand at the Bloomsburg Fair and the annual picnic, where he could be found making potato pancake batter and pretty much running the whole show. He was a member of the Catawissa American Legion and the Polish Mountain Hunting Club, where he kept the fire burning.
Donald is survived by a son Thomas and wife Sharlene of Catawissa, daughter Marianne Turosky and husband John of Plymouth, granddaughter Ana and grandson John Daniel (JD).
He was preceded in death by his wife, parents and siblings Peter, Stanley, Bertha, Joe (Derby), Frank, Mary, Mildred (Honey), Edward, John and a sister who died at birth.
Arrangements will be private and at the convenience of the family.
In lieu of flowers, lift a beer for Donnie. That would make him very happy!
Family and friends may send online condolences to allenrhornefuneralhome.com.
The Allen R. Horne Funeral Home and Cremation Services, 193 McIntyre Road, Catawissa is handling arrangements.

To send flowers to the family or plant a tree in memory of Donald Peter Pollock, please visit our floral store. 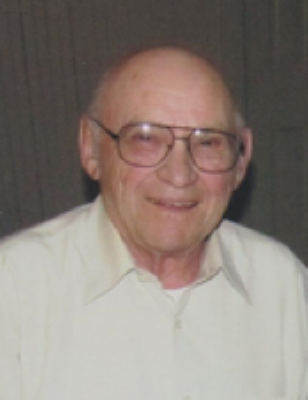 In Loving Memory Of

Look inside to read what others
have shared
Family and friends are coming together online to create a special keepsake. Every memory left on the online obituary will be automatically included in the book.

In Loving Memory Of

Look inside to read what others have shared

Family and friends are coming together online to create a special keepsake. Every memory left on the online obituary will be automatically included in the book.

You can still show your support by sending flowers directly to the family, or by planting a memorial tree in the memory of Donald Peter Pollock
SHARE OBITUARY
© 2023 Allen R. Horne Funeral Home and Cremation Services. All Rights Reserved. Funeral Home website by CFS & TA | Terms of Use | Privacy Policy | Accessibility